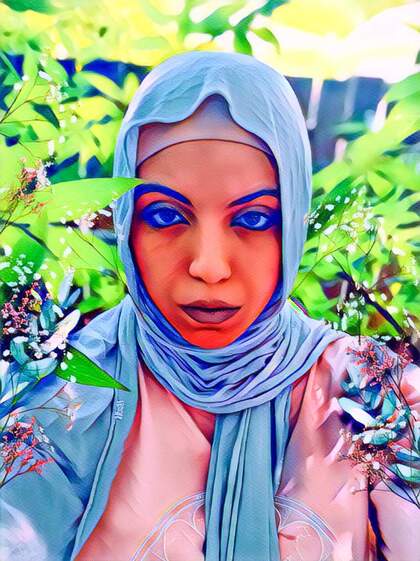 Amira Alsareinye descends from two cultural backgrounds, Syrian and Mexican, while she was born and raised in San Antonio. She graduated from the University of the Incarnate with a  B.A. in biology in 2014. Watercolors and acrylic media have long been her choice materials to work with in her art work, however she also enjoys creative writing and poetry. In 2014 she moved from San Antonio, to Dallas, where she married and had three children. While she dedicates most of her time in the occupation of motherhood,  she creates artwork focused on women, and imagination.
Her artwork was featured in the San Antonio express newspaper in 2014 at an interfaith art show. Her recent work “love lilies was featured in March online (due to covid) at the envision art gallery show entitled essence. The vivid colors and intricate designs reflect traces of both her cultures which are very important to her identity.